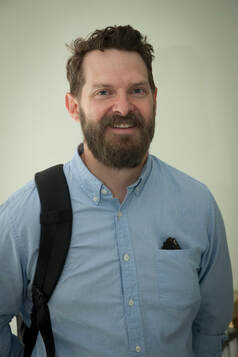 I was born in El Paso, Texas and then raised in Anchorage, Alaska.  I spent most of my childhood playing ice hockey which eventually took me to Northfield Mount Hermon School in western Massachusetts where I attended high school for a year. I remained on the east coast populating catholic colleges and universities for the next 6 years. I attended Saint Anselm College in Manchester, New Hampshire and then Fordham University in the Bronx, New York. I made the decision to pursue a Phd in economics and left the Bronx for the University of Iowa. After graduating, I joined the Federal Reserve Bank of Minneapolis as a research economist before moving to New York.

My current position is as a Monetary  Advisor at the Federal Reserve Bank of Minneapolis. I am also a Professor of Economics and the William R. Berkley Term Professor of Economics and Business at New York University, Leonard N. Stern School of Business, a research associate at the National Bureau of Economic Research, associate editor for the Journal of Development Economics and International Economic Review, and a member of the advisory board for the Carnegie-Rochester-NYU Conference on Public Policy and Y-Rise. My research focuses on international trade, growth and development, and their intersection. I teach macroeconomics, international economics, and data analysis using Python for undergraduates, MBAs, PhD students.  Outside of economics, I'm married to the amazing Romina Mazzoni.
Proudly powered by Weebly